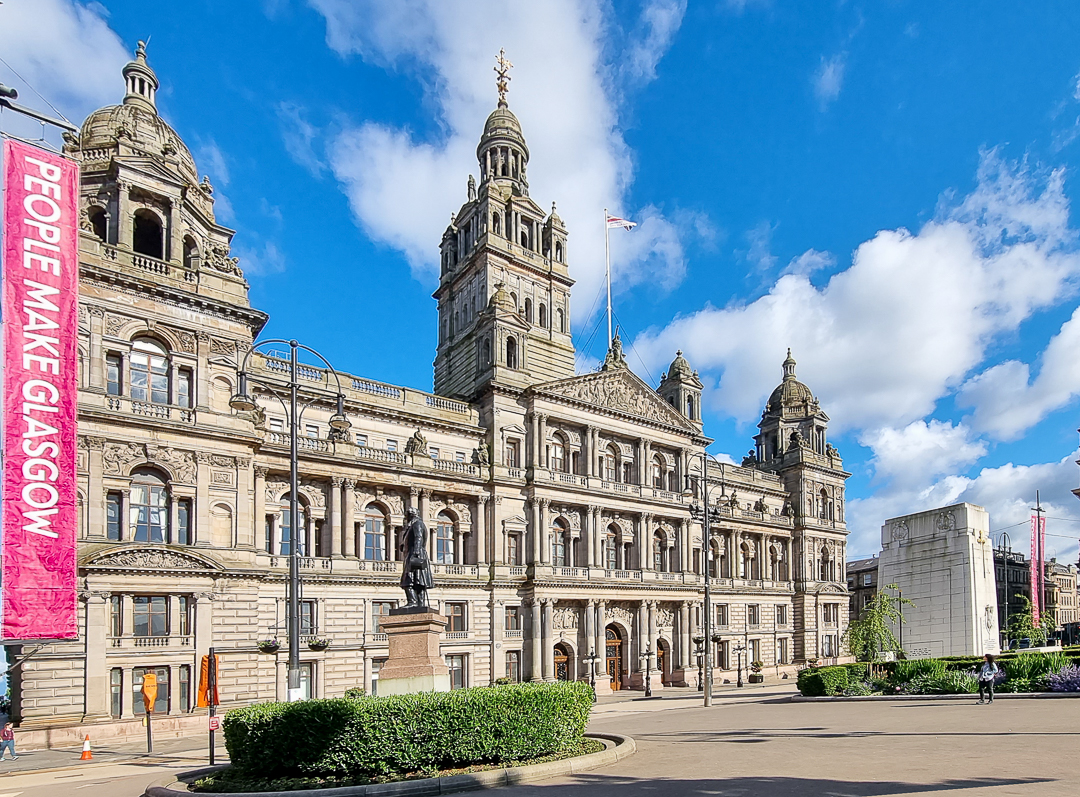 During our “whistle stop” tour of England, Wales and Scotland on the BMW 1250, Glasgow was definitely on the priority list of places to visit, and we were not disappointed. We stayed at the Premier Inn on George Street with secure parking on the other side of the street for the BMW.

The journey in had been rather slow, and it was one of the few days that we had had rain. As a result, it was nice to be staying in a hotel rather than under canvas. The Great British culture of going to the pub has to be enjoyed, so we went to The Horseshoe Bar on Dury Street. Here as had something to eat and a couple of pints of beer.

The next day it was time to explore the shops, including the Lego Store, Victoria’s Secret, Lush and Buchanan Galleries and St Enoch Centre. Then we stopped at “The Social” in Royal Exchange Square for some great food and something to drink.

We probably would have benefitted from a few more days here, as there are many cultural things to see and do, although we were during COVID. So, when we are in the area again, we will be on the lookout for more cultural things to do. Things like the Kelvingrove Art Gallery and Museum, Glasgow Cathedral, the Necropolis and the Glasgow Science Centre Tower.

The best thing about Glasgow was how welcoming and cheerful the locals were. I am looking forward to returning as soon as possible.